Nominations are out! The jury selected a total of fifteen games for their longlist, eight for Spiel des Jahres and seven for Kennerspiel des Jahres. Out of these games, three games each are nominated for both awards and can hope to get the coveted meeple added to their covers on July 19.

Let’s dive straight into the nominations and recommendations, before we discuss how good (or bad) my predictions were and if the Kennerspiel score is any good. 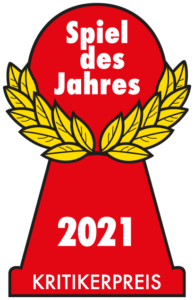 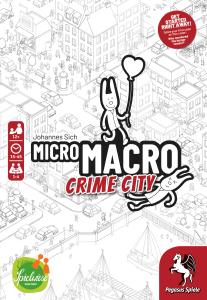 MicroMacro was a strong favourite of many pundits, so it is no surprise to see it nominated. The proposition of jumping straight into the game – before even unwrapping the box – is clearly something the jury values highly.

Kudos also to the publisher for timing the announcement of the sequel MicroMacro: Full House perfectly! Interestingly, the next installment will include a form of content warning that should enable parents to decide if a particular case is suitable for their children. This system might remove the main obstacle for MicroMacro to claim Spiel des Jahres.

The Adventures of Robin Hood Another game that was on everybody’s mind. It looks as though Michael Menzel managed to capture the essence of Andor’s narrative game experience with a system simple enough for the red award. This game completely eluded me (as pretty much everybody else) – our algorithm placed it in 345th position. 😳 In all fairness, it received very few ratings so far. Further, its younger target audience is not well represented in BoardGameGeek’s user base, so the algorithm struggles to pick up the signal amongst the noise.

Looking at the three nominations it’s worth noticing that they are all co-operative. While it may seem plausible that people seek a bonding experience while they’re locked inside due to a raging pandemic, these games have of course been in the development for years. Generally, co-operatives have been on the rise for years now, so those three nominations shouldn’t come as a surprise, but the natural crescendo of a long term trend. 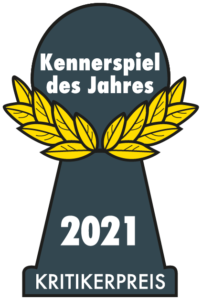 Our algorithm was 100% sure Fantasy Realms wasn’t a Kennerspiel. 😅 (More on that below.) After publishing my predictions, I read more praise by jury members, and realised how well it suits their criteria, so in the end it wasn’t a surprise to see it nominated – just on this particular list. 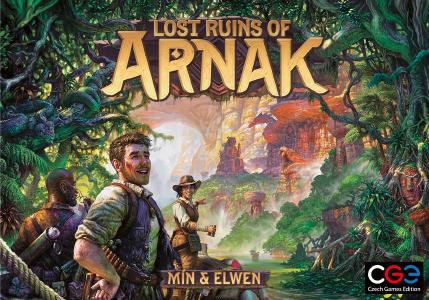 Lost Ruins of Arnak has already made its way into the BGG’s top 100, and the jury clearly agrees with this assessment. While it’s quite heavy for one of the awards, it’s still lighter than some previous winners (though that hasn’t happened since 2013’s Andor), so don’t write if off just yet. Not to brag, but I called this one months ago. 🧐 The jury did complain about many rule books this year not being properly tested, and while they didn’t mention Paleo specifically, after all the discussions before the announcements that one was clearly on their mind. In the end, the game’s strengths clearly outweight those obstacles.

This really is a drama in three acts: the decision of Kennerspiel or not, the algorithm picking the longlist, and finally my guts picking the shortlist.

When I introduced the Kennerspiel score a couple of months ago, I didn’t really have a good validation set to evaluate my model against. Now I do!

Out of the fifteen games on the longlist, the algorithm classified thirteen correctly. One was predicted wrong on either side of the line: The model saw Fantasy Realms as a Spiel and Switch & Signal as a Kennerspiel, but the jury saw it reversed. 87% accuracy is actually pretty decent for such a simple model trained on a small dataset, but it’s still a nagging feeling just how far off the score for Fantasy Realms was.

Anyways, we live and we learn, and the model has already been updated with the jury’s latest decisions, so hopefully next year it’ll work even better!

I called eleven out of fifteen overall, with five out of eight for Spiel des Jahres and six out of seven for Kennerspiel des Jahres. I reward myself a point for The Key: Sabotage at Lucky Llama Land as I always treated them as a series. 🔑 Likewise I consider Aeon’s End, Barrage, and Gloomhaven as hits. Feel free to disagree.

I’d say this really is a satifying result. Last year, I only called nine out of fifteen games on the longlists, so my approach is definitely moving into the right direction.

Two out of three for both awards dead on, another game at least predicted for a recommendation – that’s not too bad. 🧐 I will not deny that Zombie Teenz Evolution bothers me though since I hadn’t even heard of that before.

Still, this year’s outcome sets quite a high benchmark to exceed next year. I’ll take the learnings from this year and hopefully will be able to improve my methods even further. 🤓

All that’s left to do is waiting. The jury will announce the winners on July 19, we’ll be back shortly before that with the favourites for the two awards. 🏆